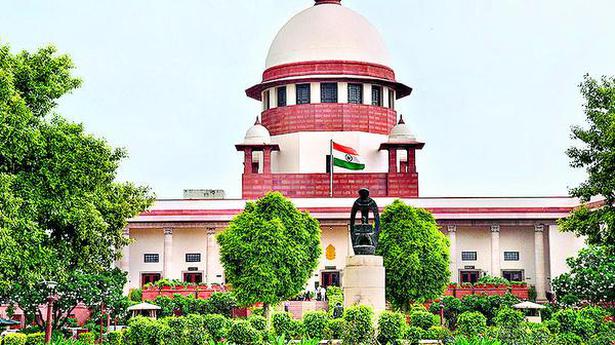 A petition was digitally filed in the Supreme Court on Thursday for issuing direction to the government to declare national financial emergency under Article 360 of the Constitution in the wake of the coronavirus (COVID-19) pandemic.

The petition, filed by the think-tank Centre for Accountability and Systemic Change (CASC), represented by Virag Gupta, said the declaration was necessary to safeguard the rule of law in the country. The petition said this is necessary to prevent any arbitrary action by the authorities.

“Almost all the Fundamental Rights such as freedom of movement, most rights under Article 21 and various other fundamental rights have been practically suspended during this lockdown. The general public is not having access to the newspapers, which is happening for the first time after Independence. The closure of courts affects the right to get justice. It is submitted that this requires the imposition of emergency as per the Constitution, and not an order under Disaster Management Act, 2005,” the petition said.

CASC has sought urgent hearing of the petition through video-conferencing.

“The petition stated that this is the biggest emergency in independent India and it must be addressed as per constitutional provisions through unified command between Central and State governments. This will be required not only to defeat the war against Coronavirus, but also in recovery of the economy after lockdown is over,” the plea said.

The petition said that even after the announcement of the 21-day lockdown by the Prime Minister on March 24 and subsequent orders issued by the Union Ministry of Home Affairs under the Disaster Management Act of 2005, different States and police authorities are continuing to take their own action under the Section 144 of the Code of Criminal Procedure, 1973 in the guise of orders issued by the Central government which amounts to “constitutional fraud”.

Due to the lockdown, economic activities have come to a standstill as well for which financial package of ₹1.7 lakh crore has been announced by the Finance Minister. The petition has asked for the suspension of collection of utility bills (electricity, water, gas, telephone, Internet) and EMI payments liable to be paid during the lockdown period.