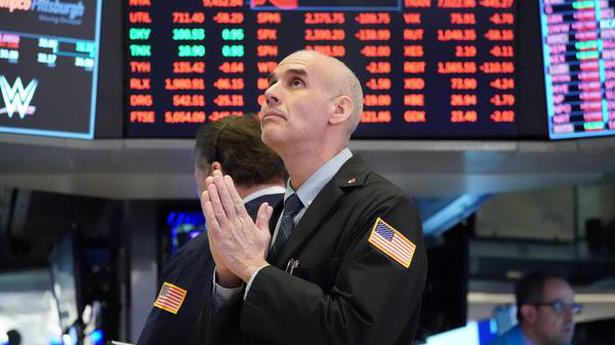 No one knows how long it will last or how much it will hurt. But the U.S. economy is either sliding into a recession for the first time since 2009 or is already in one — a sudden victim of the coronavirus outbreak.

The vast changes deemed necessary to defeat the virus — people and companies no longer engaging with each other — are bringing everyday business to a halt and likely delivering a death blow to the longest economic expansion on record.

The interplay between the outbreak and the steps meant to vanquish it reveals a cruel paradox: The faster and more painfully that ordinary economic life shuts down, the faster the health crisis can be solved and the faster people and businesses may gain the confidence to return to normal life.

Conversely, a prolonged period of fighting the virus would delay an economic rebound and imperil many small businesses.

Much, too, will depend on how swiftly and aggressively the Federal Reserve, Congress and the Trump administration deliver financial aid to tens of millions of economic victims — from hourly workers with no more income to suddenly furloughed employees to businesses with loans to pay but no customers.

Solving the health crisis by shutting down the economy, though, will have to come first.

Financial markets sank again Wednesday on fears about the economic damage. The Dow Jones Industrial Average was down nearly 1,000 points in mid-morning trading. In another sign that the outbreak is severely disrupting business, Honda said it would shut down its North America plants for a week starting Monday.

Experts say the economy has deteriorated with stunning speed. And the United States is hardly alone: By all estimations, Europe is enduring its own recession, accelerated by the coronavirus’ epicentre in Italy.

In the U.S., waves of layoffs seem inevitable, especially in industries most vulnerable to an economic standstill: Travel, entertainment, hotels, restaurants, retail stores — the heart of the service sector, which makes up most of the economy.

Also read: Data | COVID-19 is deadliest for the elderly

Covid-19: Govt reduces penalty on uncleared airport cargo by half

Delhi govt to give Rs 5,000 to each of auto, taxi and e-rickshaw drivers: Kejriwal